It’s my one year London-versary, y’all. Time has been flying. Here’s an month by month update from Essex Road since I’ve been in the UK.September 2015:  Touring the London sights with Anne, discovering Brixton market, and settling into the Hippodrome for an American tradition: the NFL on Sundays.

Check out London from Anne to Z for the full details of her trip. So fun to tour London starting on Day 1.

NFL at the Hippodrome Casino every Sunday.

October 2015:  Learning to switch my units of measurement: the Greenwich Meantime 24 hour clock, calculating temperatures in Celsius, and cooking with grams!? Pounds are a currency, not a weight, and I pronounce ‘innovative, resource, and aluminum’ complete wrong. (And oh yeah, Halloween is becoming a trend out here). 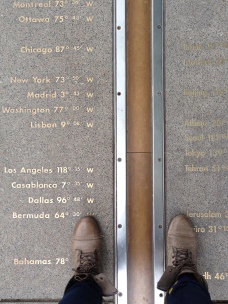 Working on my cooking skills- mackerel with dijon and onions (Thanks, Sam)

Slick sidewalks after a rain

November 2015:  Having serious nostalgia for my KIPP family but making the most of my unemployment by cooking up a storm.

Akari’s got the right idea- the poster on the way to the bathroom. Prime location for this dope message.

Thanksgiving dinner with my mom and Corey

December 2015:  The season of employment and holiday cheer! Christmas dos (parties) take over the entire month in this city starting 1st Dec (the date goes before the month)! 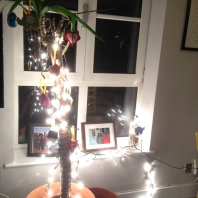 Our Ethiopian Christmas dinner. We made everything except the injera.

January 2016:  Learning a new language at every turn,  and on a mission for the best fish and chips. (Look out for a London glossary soon!)

Learning a new language: what does ‘gyratory’ mean in terms of a traffic posting?

What is salad cream?

Laughing at the truth about Americans.

Best fish and chips I’ve had since being across the pond. But it’s in Southampton- too far for a meal.

February 2016:  Treating myself for my birthday, enjoying the various markets near our neighborhood, and watching the seasons change on Regents Canal.

Bday lunch at the Grain Store 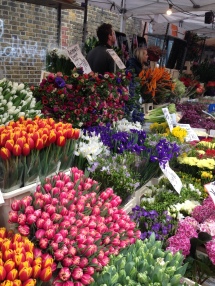 My birthday breakfast re-do when Corey returned from his trip

Exploring the Design Junction at Granary Square for my bday

Regents Canal is always a gorgeous time, and I’m lucky it’s so close to our flat

March 2016:  I’m worried that my understanding of ‘good food’ is going to wane as I become accustomed to the food here.  So I must sacrifice and taste test as much as I can before you all come visit me.  Also, Corey was so happy for this surprise weekend trip to North Greenwich for the Ali exhibit (just a ferry ride from London Bridge).

The exhibit was absolutely amazing, and this was when Ali was still with us. 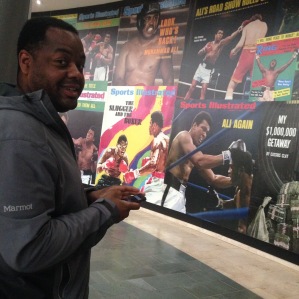 April 2016:  Agile working is a serious change of pace…one that I can get used to.

Being able to hit up a 3:30pm oyster and champers happy hour with colleagues 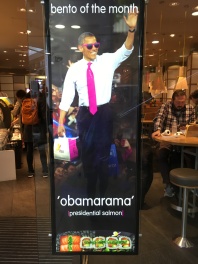 Picking up a quick bite from the Itsu chain before heading to my next school visit. 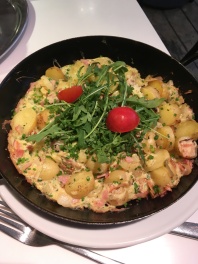 Emails and Outlook Invites at Kipferl, my favorite neighborhood cafe

May 2016:  The sun is coming out…sorta.  The days are growing longer which means there is more time to explore.  I also learned about a movement to make London the first ever National Park City since there are about 3,000 parks in the Greater London region. 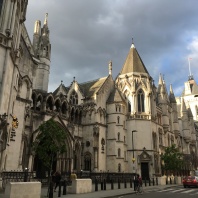 A design festival in Clerkenwell

Left to Right: Anna, Sam, the Hen, and Taya. Props courtesy of Sam. 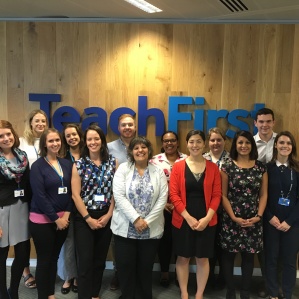 Feeling good that this is what my new teachers were taking away at my first PD sessions of Institute (and I got to write on chart paper!)

July 2016:  Ok, I’m breaking my ‘only London photos’ rule and adding a few shots from July 9th.  (The rest of this month was more teacher training so I figured you wouldn’t mind.)  More to come, I promise! 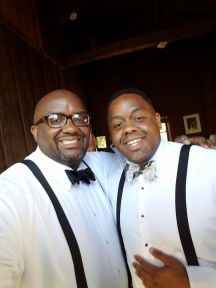 August 2016:  Summer and London aren’t exactly mutually exclusive.  The fact that it stays light until about 10:30pm makes up for reality that most days were only about 21 degrees out (that’s 69 degrees F). At least Andrew David is enjoying our Sunshine state back home (Welcome to my newest nephew!) 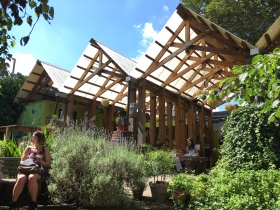 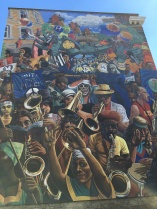 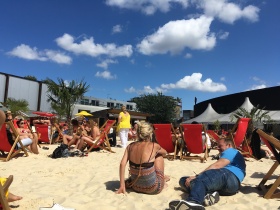 The beach…on the rooftop of the Roundhouse venue in Camden 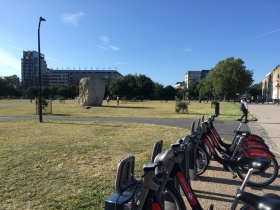 Shoreditch park and our Boris bikes 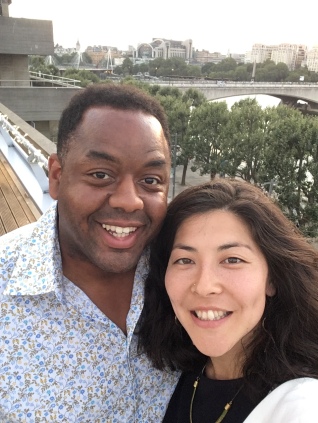 Dusk at The National Theater 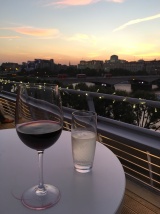 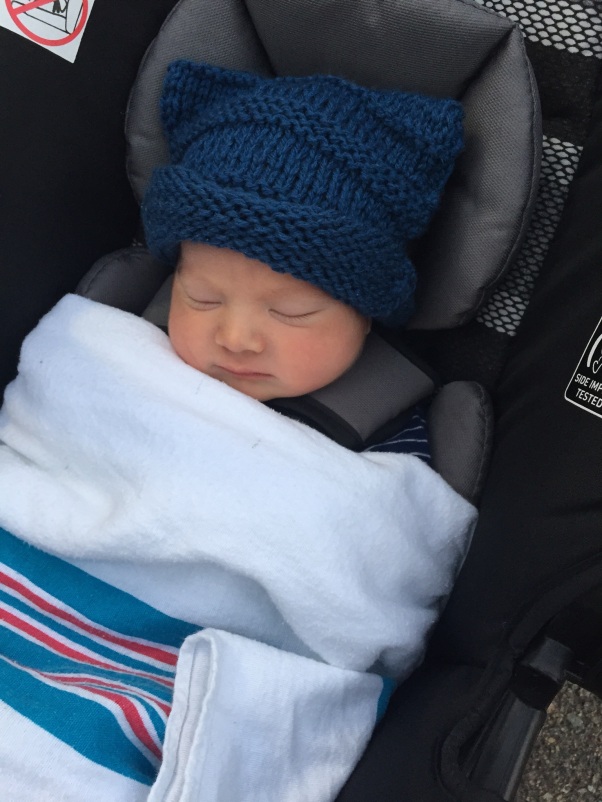 September 2016:  I’ve met up with at least three people who’ve recently moved to London.  I remember so many friends of cousins of neighbors taking me out when I first arrived so it’s nice to do the same now that I’ve got a year under my belt!

We moved office to North Greenwich

Sir! Both of them on stage?! I didn’t understand No Man’s Land but Patrick Stewart and Ian McKellen- sold! 🙂 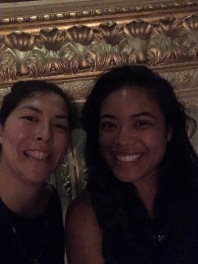 An evening with Danielle, one of my dad’s old students. Now I can take people out during their first weeks living in London. 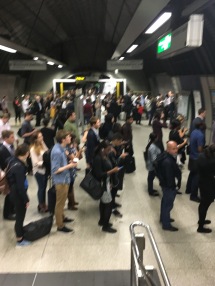 Still nuts to me: They queue for the subway.

Celebrating my London-versary at Ottolenghi (Thanks for our gift cert, Steph!)

Corey and I still randomly turn to each other and say ‘We live in London.’  At this point, ‘home’ is still the States but that I’m not taking this stint of my life for granted at all, and I appreciate you taking this journey with me.  No matter what oceans may separate us, I couldn’t do this without y’all.