A day of driving: Conil & Ronda

01Mar2019:  I planned two stops on the way to Malaga.  I wanted to see at least one beach along the Costa de la Luz as I’d read they were much more untouched than those along the more developed Costa del Sol.  Conil is a long stretch of beach with very fine sand.  Shells are scattered all over and surfers were still out on small waves at 10:30am when we arrived.  The town that overlooks the beach is a collection of white walled buildings.  We took in the wind and waves for about thirty minutes and then made our way to Ronda. 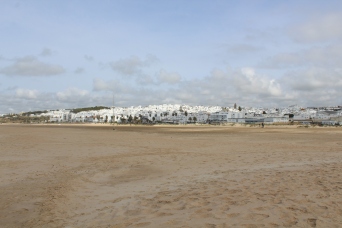 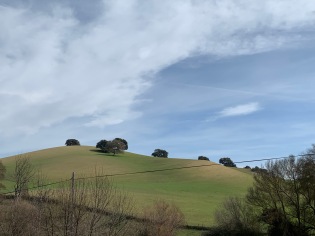 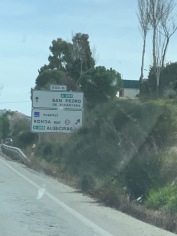 Ronda was the star visit of the day.  It was necessary for us to have lunch first so we could enjoy the sites of the picturesque town.  Should you try Bodega San Francisco? Well, come on…Bodega SF has to be a top spot! It was packed with locals in all FOUR parts of the venue: patio, bar, above the bar, and the family-style restaurant area.  We ordered way more than necessary– and were clearly tempted by their many fried dishes! 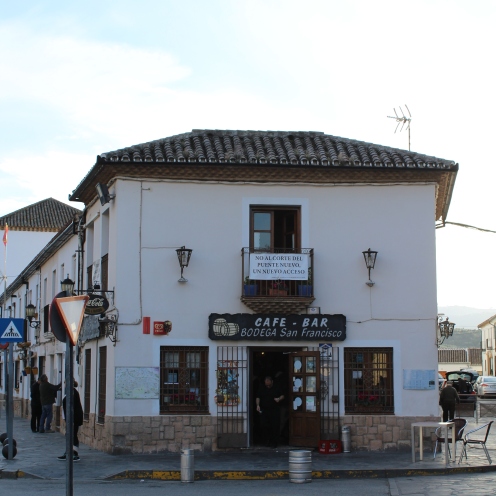 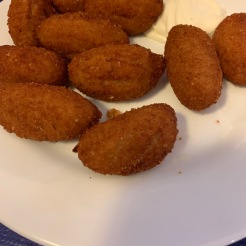 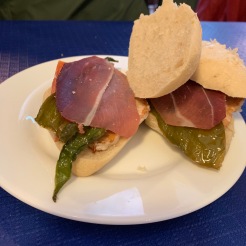 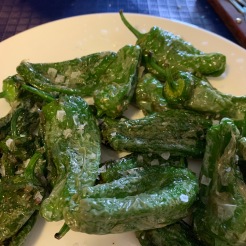 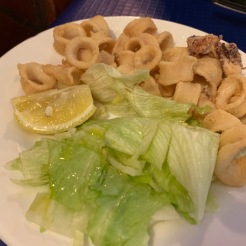 The walk uphill to Puente Nuevo is sweet.  The street is lined with small shops to dip and out of.  Between the buildings you catch glimpses of the vast landscape surrounding Ronda. 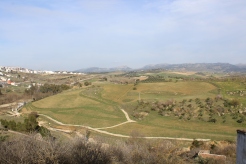 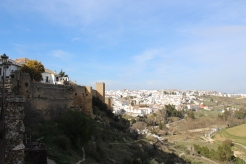 The bridge lives up to its reputation, as well as the serene valley below.  Everyone is setting up their pictures and poses and I’ll admit we had our own little photo shoot as well. 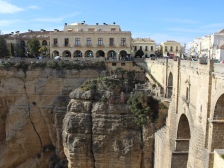 My guidebook directed us towards the historic bullring.  The renowned bullfighter, Pedro Ramiro, who fought bulls into his 80’s, fashioned a much less flamboyant style of fighting than matadors in Sevilla or Madrid.  He would stand still as a display of courage!  We didn’t tour the ring, but we were able to see an unobstructed view of the ring, and enjoyed the display of festival posters. 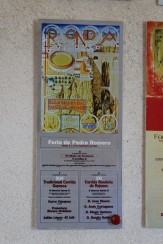 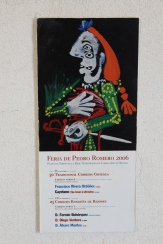 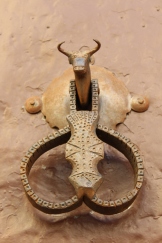 We arrived in Malaga to our flat later than expected but Malaga is a city familiar with flocks of tourists arriving at all hours, especially during the Carnaval celebration.  Our host didn’t bat an eyelash when we were almost two hours later than predicted. 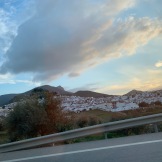 At this point we realised we were very late to our accommodation with the sun starting to set! 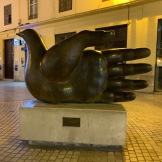 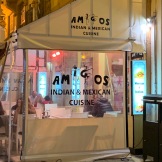 This was a new fusion for me.

The Old City is a tourist haven.  For the first time I reflected on my mindset of avoiding crowds: maybe since I live in large cities I like to travel the opposite way of hundreds of visitors?  However, this Friday was also our ‘make-up’ chance to see the Carnaval festivities that we’d missed in Cadiz, so we ventured out. 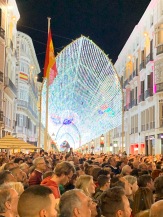 The main strip all lit up 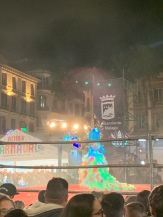 Lots of drag during Carnaval 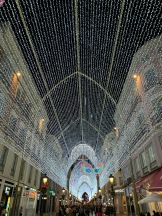 Dinner was one of the spiciest Gambas de Diablo I’ve ever eaten.  I needed to take liberties with Corey’s pez a la plancha, and then get some rest for the final full day.  See how we ended our evening  (that’s my belly below).