So May kept our visitors coming! Brian, Meggie and Gary came to Londontown for almost two weeks. Roll on, you bears!  It was a particular treat to get some really quality time with Meggie as we’d only spent an evening together prior to their trip.  Because Meggie’s cousin, Jen, also lived ten minutes from our flat, the first part of this post should alert you to the fact that we did many things solely within the 5 miles radius of Angel, Old Street, and Shoreditch. This would be like someone coming to visit you in Oakland and you ended up only taking them to Grand Lake, Laney, and Chinatown.  I basically felt bad at one point that we weren’t getting out into other neighborhoods in London, but then I realized that we did what we would do if we lived together in the same city: stayed local and hung out.

So let’s get started.  The first night we met at the Narrow Boat for fish and chips, a pub directly between our two flats.  Gary actually arrived later and then had to eat pork rinds and crisps because none of the kitchens in the bars stay open past 10pm.  Gary stayed on our couch just like roommates do!  BK and Meggie stayed with Jen across the canal near City Road.

For their first full day, I was at work. I can’t lie. I can’t remember anything they toured on that Friday so you’ll have to check in with BK and Gary to get the full picture.  I do know that Friday night we went to Lahore and got our serious grub on.  Four plates of lamb chops (for those of you who’ve also had this experience) and at least two mixed grills.  I’m not sure how we still had room in our tummies, but we spent the evening at Brew Dog, a local brewery in Shoreditch.

We forced an early morning run along the canal on Saturday morning to Broadway Market. However, bubbleguts got the best of some of us so we had to take it easy at Broadway’s food stalls.  For me, it was fun to learn that there was an additional bit of the market around the corner (Thanks, Jen!) where Gary found a really good laksa (…and an update about that laksa is that the brewery in our neighborhood is doing a popup featuring that laksa, wings and beer with the same soup company. It’s next-door to our flat!).  We found ourselves a local pub called The Fox and continued to catch up over a pint.  Meggie also secured two pint glasses for our household since we liked the logo so much.  Next stop in the afternoon was Spitalfields Market, for a bit of shopping before an evening of dancing at Radicals and Victuallers.  Nothing like dancing the night away and then grabbing a kebab. This is akin to spending a great night out in NYC and then picking up a slice. 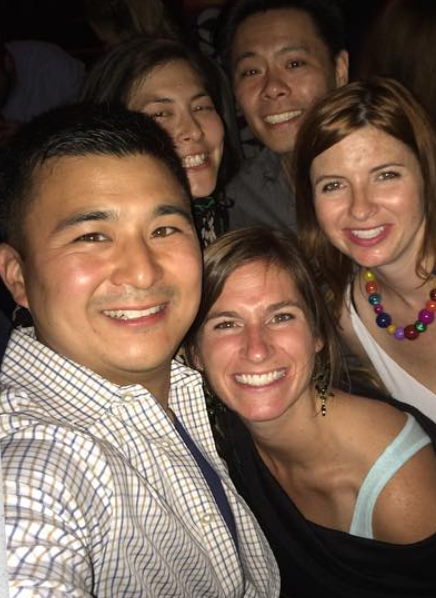 Sunday, Gary and I braved the crowds at Columbia Flower Market before having a serious roast at Smokehouse.  We also shared a pitcher of Pimm’s- my first in London to ring in a (hopefully) sunny summer.  We stuffed ourselves with lamb’s knuckle, beef roast, and yorkshire pudding.  As we rolled down Upper Street, I gave a brief tour before we sat ourselves on Islington Green to catch our breath.  The weather was pretty amazing during that time so good weather means we needed to tour pubs with outdoor seating.  Cheers to that Vitamin D!  We hit up the Old Queens Head, and then the Kings Head as well.  Meggie was hands down the Scrabble champ at the Kings.  Apologies that we ended up at Radicals again for the pub quiz that evening, which was the quietest and tamest pub quiz I’d ever attended.  I’d also say it was way more embarrassing answering questions about America incorrectly when in another country.  Yikes!  Corey met up with us after returning from Portugal and I shamelessly made folks try another restaurant on Upper Street, which had a legit shrimp burger (yes, this means we didn’t leave our neighborhood all day!)

Brian, Meggie, and Gary left on the following Monday to tour Edinburgh and parts of northern Scotland until Thursday.  We all reunited in Shoreditch at Barrio – Corey’s favorite bar for dancing with friends.  We had some of Corey’s work friends join the dance party as well so the night out was too much fun. 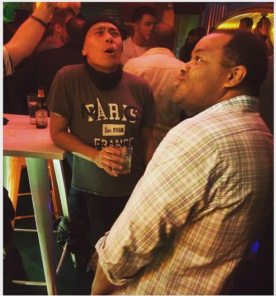 Friday, I forced Gary to do some agile working with me and then we all met up at Kennedy’s fish and chips on Goswell road. I’ve never done work in Clerkenwell so it was nice to walk around a new neighborhood, and be out of Angel. That evening, Jen scheduled a cricket match -another first! We had a blast!  It’s completely hilarious trying to learn the rules.  Folks compare it to baseball even though so many of the rules and stats don’t have any sort of parallel.  With a clear night around the pitch, we sat back and just enjoyed the bits we could understand.  The blokes in front of us were also kind enough to turn around explain specific moments in the match.  To be fair, Anson joined our group into the first  few rounds and he was pretty educated on the sport.  We also brought the only element that we could add to the game as Americans…heckling players in the outfield.  Folks were hoarse by the next day as we’d spent a lot of the match yelling at # 21.

Saturday was serious London sightseeing: Buckingham Palace to see the changing of the guards, walking through St. James park, past 10 Downing street, to Westminster Abbey.  We crossed the bridge to find our way to the Thames Clipper to check out Greenwich.  Brian’s childhood next door neighbor, Sarah, met up with us at a Greenwich pub called Gypsy Moth.  She lives in London as well, but we both realized that we were getting married in Berkeley two weeks apart from one another.  We talked about vendors, make up, flowers, and all things wedding planning from the UK.  It was a lovely day for walking through the small covered market and up to the observatory.  Later that evening, we hit up one of the many Shoreditch food truck parks, and then moved to Hoxton Bar and Grill for a wedding cover band doing Bey and Jay hits all night.  The evening came to an end too quickly and I realized my family would be leaving the next day. I was teary eyed when hugging BK and Meggie goodbye, and since Gary was ‘living’ with us, I just talked his ear off the next few hours while he packed.  While I didn’t want their time in London to end, I did want my blog post to end so that I could finally spill the beans that Brian and Meggie just got ENGAGED!!! Congrats, and we can’t wait to celebrate with you!!! Mucho mucho mucho amor! 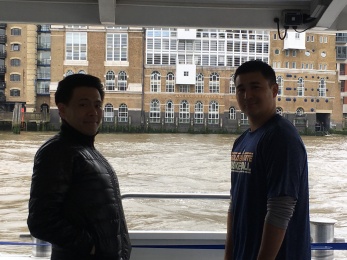 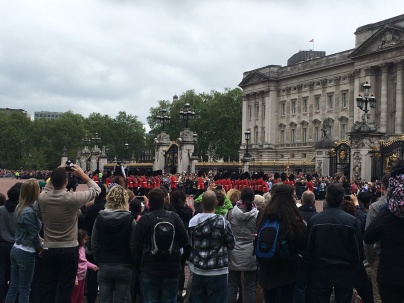 The guards are changing 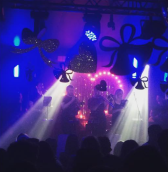